Historically, utilities have faced challenges with achieving economic parity between renewables and more traditional forms of generation. Renewable technology prices falling is part of the rubric that has solved part of this parity issue. Even so, being able to efficiently utilize the tax benefits afforded to renewables has been a barrier to more regulated utilities directly owning large-scale renewable assets. But, by applying creative commercial approaches, the prospects of utilities owning renewables and efficiently utilizing the aforementioned tax benefits is attainable. That doesn’t imply it is easy, though…

Going back to 2018, Northern Indiana Public Service Company (NIPSCO) began a path that sought to retire its coal-fired generation overa ten-year period. This plan was set forth in an Integrated Resource Plan (IRP), a regulatory planning process used in Indiana, which is commonplace for many utilities. NIPSCO utilized a trail-blazing approach to inform its IRP by running a Request for Proposals as part of its process, to better inform the study’s conclusions and to have credible projects to enter into commercial agreements with. The result was a short-term action plan that would seek to retire four coal units totaling 1.6 gigawatts and replacing with over three GW of renewables comprised of wind, solar, and solar paired with batteries coupled with NIPSCO’s existing fleet of natural gas and hydro generating assets. Most importantly this path set was the most economic for customers over the 20-year IRP planning horizon.

Fast forward to today and NIPSCO has already retired two of these coal units and agreed to terms on 14 commercial agreements totaling over 3.3 GW of renewables via a mix of purchase power agreements and a creative set of build transfer agreements (BTAs) that involve the utility forming a tax equity joint venture. While this type of joint venture was nothing new, it was new for a regulated entity, especially in Indiana, and achieving state regulatory approvals of such was a tremendous achievement for the team. NIPSCO currently has three wind projects online, two of them being joint ventures. We also currently have two solar joint venture projects under construction with many more to start construction shortly, so we are well on our way.

The creative nature of NIPSCO’s joint venture arrangement allows its customers to more efficiently realize the benefits associated with the tax credits afforded to these renewable projects. A critical component of this realization is the fact that we are using developers to bring the projects through development and through the majority of construction before the joint venture is formed. This component allows for certain tax requirements to be fulfilled and allows for the use of what is a traditional tax equity joint venture but with a regulated utility sponsor. The joint venture has an off-take arrangement with the regulated utility for the energy, renewable energy credits, and capacity. Then, the investment in the joint venture is treated as ratebase for NIPSCO, pursuant to its state regulatory approval, with any excess cash disbursements from the joint venture flowing back to NIPSCO customers. It sounds somewhat complicated in words, but it’s even more complicated to accommodate in the commercial agreements with the developers, and subsequently to communicate and garner support from stakeholders in the regulatory proceedings.

As a testament to the complexity, in addition to the BTA, it can take upwards of six additional commercial agreements to govern the project (for example, various off-take agreements, EPC contract, O&M services, and so on). So, across the eight BTAs NIPSCO has, that makes nearly 50 additional required agreements to make them all work. This excludes any tax equity financing documents. We have been able to apply this commercial construct to our two operating wind farm joint ventures and are currently working to implement this same mold with six solar projects in 2022 and 2023. Between the internal team, the external help, and our developer partners it takes a village to make it all work (and a lot of commercial reasonableness). The question is often asked, ‘could direct payment options for tax benefits make this all easier?’ The answer could be any version of yes, no, and maybe depending on the unique situation you are in, but no answer is valid until any final legislation is rendered.

In closing, it is hard to not acknowledge some of the potential headwinds facing the industry at present. Whether it is potential supply constraints, delays in obtaining necessary interconnection rights, or developmental delays in general, it is important to try to anticipate some of these potential issues in the formation of the commercial agreements in the first place. If not anticipated, and perhaps regardless of whether anticipated or not, commercial flexibility and reasonableness are key elements to achieving the desired outcomes for all parties involved. Being mindful of the village approach that gave birth to the core commercial agreements also helps to keep goals on outcomes aligned. Furthermore, it is important to remember that the path NIPSCO is on points to a long-term view within its Integrated Resource Plan, and near-term noise shouldn’t detract from the long-term vision. Rome wasn’t built in a day, they say. 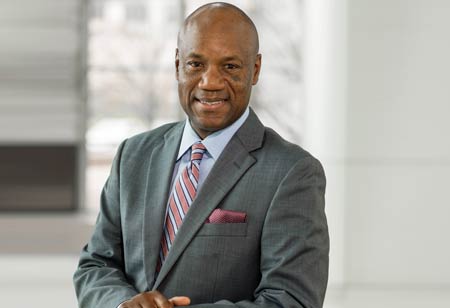