At first sight, the rows of blue-black painted solar tiles glistening across rooftops in the island of Oahu, Hawaii is a glorifying proof of U.S.’s bid to generate power from renewable energy sources. A closer look, however, reveals that the burgeoning solar powerhouse sitting harmlessly atop warehouses and neighborhoods in Hawaii is actually a death knell for utilities.

A few years ago, Hawaiian Electric Company (HECO) issued a Net Energy Metering (NEM) policy which prohibited contractors and residents from installing even a small photovoltaic system without a legal order. The rapid rollout of solar power was stressing the state’s grid—traditionally designed for one way power flow—and causing unanticipated voltage fluctuations. This occurred as solar system designers failed to understand the dynamics behind the energy triangle relating to real, reactive, and apparent power. While electrical loads on premises require a certain amount of real and reactive power, the grid was designed to move only real power effectively. On the other hand, reactive power is transmitted with only 10 percent efficiency, causing transformers and wires to heat up severely. “Ironically most solar systems make nearly 100 percent real power and no reactive power, which forces the buildings’ reactive loads to be served very inefficiently by the generator across the grid,” explains George Salah, Chairman and CEO, Apparent. The need of the hour is solar and storage solutions that make both real and reactive power which will allow customers to save money and the utility to serve more customers without upgrading grid equipment.

Another pertinent challenge, characteristic of solar panels, is the voltage shift created in the grids owing to the intermittent nature of solar energy. On a cloudy day, solar panels stay dormant, resulting in voltage drop-offs and the grid is forced to deploy generators to supplement the power loss, which can even lead to brownouts or blackouts. “The increased grid capacity requirement, coupled with the unpredictability of renewable sources has the utilities scrambling for infrastructure upgrades, adding steep fees for solar customers, and burning more fuel.”

"In short, solar will power the future of the U.S. and we have the demand response system that spells the next wave in smart grid technology"

The Next Generation Smart Grid

In such a scenario, pushing the boundaries in new power technology, Apparent’s smart grid solution ensures smooth integration of energy from any environmentally friendly resource to an electrical load, battery storage, or the grid. The company’s Intelligent Grid Operating System (iGoS) and Microgrid Inverter (MGi) technology suite uses a combination of software and hardware to manage energy to harness a greater dimension of power from renewable systems, while delivering intelligence and control to the grid.

The iGoS and MGi hold the capability to produce apparent power on demand and improves the efficiency of energy transportation throughout the grid. Rather than delivering watts from connected energy sources, Apparent’s technology dynamically and automatically adjusts reactive power production, matches voltage and electrical impedance, and delivers all of the benefits of a spinning generator to the benefit of customer and grid operator alike.

Diligently developing their technology since the past decade, Apparent’s solution is not only robust and cost effective, but also completely compliant with new energy standards. As Public Utility Commissions (PUCs) strive to attain grid stability, Apparent’s intelligent grid technology is fully supportive of varied tariff and interconnection rules. “Moreover, our software, with its real-time energy and decision management capability, enables consumers to effectively maintain electrical loads and also provides visibility in the rise and fall of solar for the utilities, allowing them to adjust their power output,” remarks Salah. All Apparent enabled systems are overlaid with the capability to monitor energy performance through analytics and deliver full dispatch and control capabilities.

The efficacy of Apparent’s technology is such that in no time customers witness 30 percent more revenue from energy production. Powered by a cloud-based model, Apparent negates the need for expensive hardware installations and technology updates are handled remotely, saving time and expenses. “Typical grocery stores have a very high reactive load, so Apparent's technology adds as much as 50 percent to revenue making for a very quick return on investment.” explains Salah.

The demand for solar power is escalating throughout the U.S. According to a research by the Solar Energy Industries Association, there are currently 600,000 installed solar systems and the number is expected to reach 3.3 million by 2020. As tomorrow’s grid will be reshaped with more solar arrays, Apparent is fully equipped to supply the precise power demands of a consumer onto the existing grid without uprooting systems or making large investments. Recently, California legislators passed a bill stating that 50 percent of the state’s power will be derived from renewable energy by 2030.

In support of this goal, the California PUC has established the Electric Rule 21—a set of regulations that describes the interconnection, operation, and metering requirements for distributed generators that will be connected to a utility’s electric system. In such times, Apparent is a truly intelligent solution as it endows the operator with control over how energy is used, benefiting both the grid and the user. In addition, the company delivers superior quality ancillary services that are sustainable and reliable. “We work with investment partners and service providers to construct and manage sustainable facilities that reduce the carbon footprint and outperform legacy systems in line with the needs of the next phase of energy consumption,” states Salah.

Moving forward, Apparent plans on expanding its footing in the energy landscape and already has contracts in place that involve installations worth millions of dollars. To maximize client benefit, Apparent will also deploy a battery solution for certain systems to drive down the Levelized Cost of Electricity (LCOE) which will lead to round the cloud energy generation, disregarding whether “the sun is shining” or “the wind is blowing.” “Although the potential of renewable energy cannot be undermined, it also brings with it several safety and reliability issues, driving consumers to employ smart energy management solutions,” opines Salah. Currently, Apparent is further leveraging its grid modernization endeavors and has been awarded a grant with HECO for Hawaii’s Sustainable and Holistic Integration of Energy Storage and Solar PV (SHINES) program.

Today, Hawaii is cited as the “test bed” for how solar rich regions like California and Arizona are battling with similar snags, due to the rising level of energy penetration from non-conventional sources. A recent state-wide poll conducted in California, commissioned by the non-profit Brightline and the Solar Industry Association, reveals that 90 percent of Californians favor rooftop solar power as a way to generate electricity. In this light, HECO has already asked the state to approve a $340 million Smart Grid Foundation Project, ushering a new era of energy generation and consumption. In the past, when HECO barred the installation of solar systems, it was an abrupt move which precipitated panic. Today, Hawaii has retracted its solar policy; installations are back on track and smart meters and technology applications that augment the state’s existing power grid are being installed in full swing.

“In short, solar will power the future of the U.S. and we have the demand response system that spells the next wave in smart grid technology,” concludes Salah. 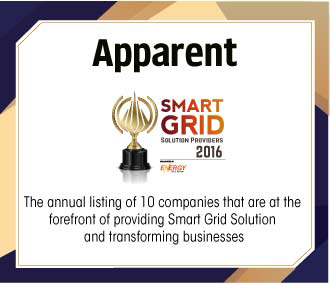