A Finnish firm, AW-Energy, wants to use waves to produce renewable energy. Waves move a panel, and the AW-Energy WaveRoller drives a piston connected to an energy-generating hydraulic system.

FREMONT, CA: What does energy production look like in the future? What are some alternatives to fossil fuels for energy production? Below are three companies that are working on sustainable energy solutions. 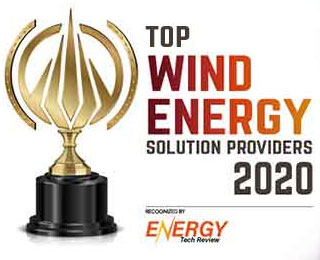 Geothermal energy is water or steam that comes from under the earth. After that, it is turned into heat and electricity. Unlike intermittent renewables, including solar and wind, geothermal power plants can produce power 24 hours a day and in a sustainable manner. The only drawback to geothermal power is that it can only be used in some parts of the world, usually near tectonic plate boundaries. Fervo Energy, a California-based startup, is trying to change that. They want to use horizontal drilling in the geothermal industry to produce more energy from the heat under the earth’s surface. If it works, geothermal energy may be used in parts of the world that are not near tectonic plate boundaries. Breakthrough Energy Ventures, Bill Gates’ fund, has agreed to invest in this business in 2018.

A Finnish firm, AW-Energy, wants to use waves to produce renewable energy. Waves move a panel, and the AW-Energy WaveRoller drives a piston connected to an energy-generating hydraulic system. This technology is extremely powerful, and the WaveRoller will be built near the coast for easier maintenance and grid connectivity. Depending on the wave conditions at the project site, the WaveRoller will produce between 350kW and 1000kW.

Rainergy is an Azerbaijani startup that produces energy from raindrops. They accomplished this by constructing a device consisting of four components: a rain collector, a reservoir, an electric generator, and a battery. This system has the ability to produce up to 120 watts of power, depending on the circumstances. Rainergy technology, obviously, cannot compete with ‘ordinary’ renewable energy sources, such as solar panels and wind turbines. However, they are mindful of this as their primary aim is to fix the issue of energy deficiency in rainy and low-income countries.