The financing will help Hydra continue to build its waste hydrogen collection plant in British Columbia and its fueling infrastructure and conversion kits to make hydrogen transportation a certainty today.

“One of the most important industries to be decarbonized is transportation,” said David Batstone, Senior Managing Partner and co-founder, Just Business. “We have full confidence in Hydras innovative technology and business model, which is why we invested in an early stage company. We believe that improving this traditionally diesel-heavy industry harnesses the potential of clean fuel now and will help pave the world for the hydrogen revolution in the future. It’s the best opportunity we see for commercial fleets to significantly reduce emissions in the near term, without sacrificing any of their truck’s performance or payloads. At the same time, these fleets can reap the economic and environmental benefits in the transportation sector today.”

Hydra could replace the equivalent of 7.1 billion liters (1.9 billion gallons) of fuel every year in Canada alone by displacing 40 percent of diesel with hydrogen. This relates to removing nearly four million passenger automobiles from the road each year. Hydra’s flagship HaaS project is estimated to break ground later this year after intensive on-road testing by professional drivers on commercial routes traversing over 200,000 km.

“Hydrogen is no longer a fuel of the future. This funding brings Hydra closer to having 65 trucks on today’s roads that deliver significant fuel and emissions savings to our early users,” said Badr Abduljawad, Co-Founder and Chief Innovation Officer, Hydra. “I co-founded Hydra to make low carbon hydrogen adoption scalable through a business model that’s affordable for fleets to implement. We are grateful to our new investor, Just Business, for supporting us in expanding this vision throughout North America.”

Hydra provides Hydrogen-as-a-Service (HaaS) to truck fleets and commodity carriers, providing hydrogen-diesel, dual-injection conversion kits, and green hydrogen fuel, for a fixed discount of 5% off their current diesel expenses with no up-front investment. With transportation currently estimating for 24 percent of global greenhouse gas emissions, trucking being one of the fastest-growing sectors, and zero-emission semi-truck advancements slow to commercialize, Hydra aims to build an affordable, low-risk, scalable solution to decarbonize the trucking sector using existing trucks and resources.

“Sustainability is a critical priority for both BCTA and our trucking company members its about doing the right thing for our future generations,” said Dave Earle, President & CEO of the BC Trucking Association. “With Hydras conversion kits, we not only see the potential environmental and cost savings benefits for fleet owners but also to demonstrate our sectors commitment to moving to a green, sustainable transportation future.”

Hydra’s plug-and-play dual-injection technology injects hydrogen straight into the truck’s air intake, allowing it to draw for both air and hydrogen simultaneously. Unlike other hydrogen truck providers, the company presents an end-to-end HaaS solution with long-term fuel contracts at a fixed discount under the cost of diesel for fleet customers. In addition, Hydra places fully removable and reversible hydrogen-diesel co-combustion conversion kits into commercial fleet trucks in a matter of days, needing no engine block modification.

Hydra also gives free on-site green hydrogen filling facilities to fleet owners. Hydra receives its green hydrogen from waste hydrogen, which is a by-product of many manufacturing operations. Rather than freeing this gas into the atmosphere, Hydra colludes with trusted partners like Chemtrade to take it for consumption by its fleet consumers. Excess hydrogen that is not used by business fleets might be sold to natural gas distributors that want to enhance the renewable percentage of their natural gas supply at a low cost.

Hydra Energy had previously obtained seed funding from private investors and government backing from the Sustainable Development Technology Canada (SDTC), InnovateBC, and the Industrial Research Assistance Program (NRC-IRAP), totaling CAD 7 million (USD 5.2 million). Hydra has already achieved several key milestones, including completing a large strategic relationship with Chemtrade and moving its leadership to a new era of growth. As the company enters a new era of expansion, co-founder Simon Pickup has stepped down as CEO and been replaced by Jessica Verhagen (previously COO). Verhagen offers a strong background in finance and business development to Hydra, which will be critical in the company’s next phase. In addition, she has approximately 20 years of experience working with cleantech companies, impact funds, and government at the nexus of environment and money. Vital Advantages of Investing in an Energy Management System 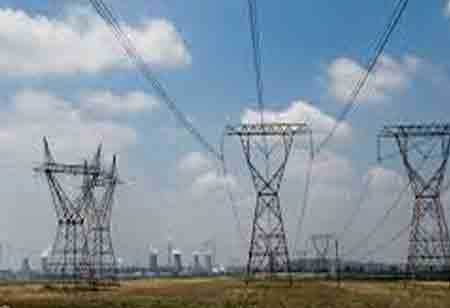 A Guide for Renewable Procurement Process How Using Solar Power Can Benefit the Industrial Sectors Why is the Demand for Solar Tech on the Rise?