According to a recent study, hydrogen can help with variable power generation from renewable energy sources, including solar Photovoltaic (PV) and wind. The supply of these sources does not necessarily match the demand for power Hydrogen is one of the most common green energy storage solutions.

FREMONT, CA: Hydrogen is light, storable, and energy-heavy, with no direct carbon emissions or Greenhouse Gas Emissions (GHG). Hydrogen is widely used in industries such as soil refining, ammonia manufacturing, methanol production, and steel production. With the increased usage of sectors such as transportation, buildings, and power generation, hydrogen will most likely play a critical role in the clean energy transition. Apart from other uses, interest in hydrogen technology is rising in several niche transportation industry segments. With minimal infrastructure improvements, hydrogen energy may be used to replace Compressed Natural Gas (CNG) in certain regions with minor changes to the existing infrastructure. 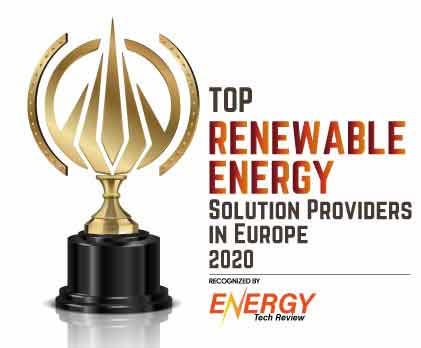 Countries worldwide are working to step up the production and deployment of hydrogen technology to resolve environmental issues and boost energy security. Hydrogen technology can be used as a long-term, large-scale clean energy storage medium to support renewable energy generation. However, putting together a cost-effective and well-regulated transition is difficult, and generating hydrogen from clean energy sources is prohibitively costly.

According to a recent study, hydrogen can help with variable power generation from renewable energy sources, including solar Photovoltaic (PV) and wind. The supply of these sources does not necessarily match the demand for power Hydrogen is one of the most common green energy storage solutions. It tends to be the cheapest choice for storing vast volumes of electricity over days, weeks, and months. Hydrogen fuel can be saved for long periods and in large volumes, constrained only by the size of storage facilities.

Hydrogen can be made from a wide range of materials, including renewables, nuclear power, natural gas, coal, and oil. Hydrogen is transported as a gas via pipelines and as a liquid via ships, equivalent to Liquefied Natural Gas (LNG). Hydrogen can be converted into electricity and methane, which can be used to power homes and feed industry and fuels for the road (cars, trucks), maritime (ships), railways, and aviation. In today's global construction industry, hydrogen's position as a source of energy is limited. However, its utility in a variety of fields is being investigated. A variety of pilot programs are currently evaluating the integration of hydrogen into the natural gas grid.