What are the Advantages of Using Wind Power?

Wind power is the most efficient method for producing energy that is both safe and environment-friendly.

FREMONT, CA: It is no secret that the world requires renewable and sustainable energy sources. Replacement of fossil fuels is necessary since they pollute the environment, are environmentally destructive, and rapidly deplete. Among all the other renewable energy sources like solar, hydro, and geothermal, wind energy has the maximum potential to harness the necessary power for the increasing population.

The energy derived from the wind is known as wind power.  It is one of the earliest energy sources used by humans, and it is now the most well-established and effective renewable energy source. Wind power transforms the energy produced by the movement of wind turbine blades from the wind into electrical energy. 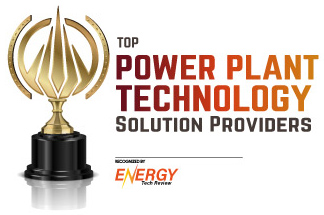 Wind energy is a non-polluting, inexhaustible source of power that can minimize the usage of fossil fuels, which are the source of greenhouse gas emissions that contribute to global warming. Additionally, wind energy is "native" energy since it is found almost everywhere on the planet, helping to reduce energy imports while also providing income and local jobs.

Wind energy, generated by wind turbines and wind farms, has already contributed significantly to the energy demands. The traditional windmills have been converted into electricity behemoths that help power the grids of countries worldwide with the help of advanced technologies.

There are two primary drawbacks of relying on fossil fuels for energy. One is that they are a limited resource that will be unavailable to people in as little as 70 years. The second reason is more regrettable: the massive amount of pollution produced from their usage. Wind energy does not release toxic materials or pollutants into the air, which can harm both the environment and people. Toxic chemicals can erode buildings and acidify land and water habitats. Contaminants in the air can cause heart disease, cancer, and respiratory illnesses such as asthma.

Wind turbines, once installed and commissioned, need minimal maintenance. Even though the technology is advanced, the mechanics are simple and dependable. As more individuals adopt it, fewer operational expenses will result in cheaper electricity rates for the customer.

Wind turbines can be developed on existing farms

This has a significant economic impact in rural areas, where most of the best wind turbines are located. Farmers and ranchers keep using the land as wind turbines only take up a small portion of it. For the usage of the property, wind power plant owners also have to pay rent to the farmer or rancher, bringing additional income to the landowner.