What are the Major Drawbacks of Wind Energy?

FREMONT, CA: Abundant, inexpensive energy in many ways has given rise to remarkable human accomplishments, including modern food and transport infrastructure. Broad-based access to sustainable and renewable energy would be essential to potential human achievements and a high global standard of living. However, by 2050, the global population will hit an estimated 9.8 billion, up from about 7.6 billion in 2017. 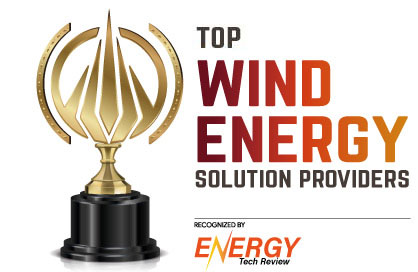 carbon technologies for electricity is growing, electrifying other energy sectors, such as heating, cooling, and transport. Consequently, of these two partly coupled megatrends, there is an increasing demand for additional low-cost, clean energy sources worldwide. With a readily available resource and zero-cost fuel, and extremely low life-cycle emissions of pollutants, wind energy has the potential to be the primary contributor to the global community's rising renewable energy needs.

However, to stay economically attractive to investors and customers, wind energy costs must drop significantly. Moreover, as the deployment of variable performance wind and solar power infrastructure increases, new problems emerge concerning the adequacy of generation capacity on a long-term basis and the short-term balancing of systems—both of which are key to ensuring future stability efficiency of the grid system.

A future in which wind energy supplies one-third to more than one-half of the electricity generated and instantaneous local levels of wind power may reach 100 percent of local demand would require a paradigm shift in the way one thinks about, build and manage the electrical grid system in the future. The related transformation of the power system in high-renewable scenarios will involve the simultaneous management of large amounts of weather-driven, variable output generation and changing and intricate consumption patterns.

The availability of vast quantities of near-zero marginal cost electricity, but uncertain timing, is a crucial feature of the future scheme. With ample near-zero marginal cost energy, more efficiency in the overall electricity system would allow many different end-users to leverage these cheap energy resources. The potential use of this energy could include charging a significant number of electric vehicles, providing low-cost storage at various device sizes (consumer to industrial) and timeframes (day to a month), or harnessing into chemicals or other manufactured products (occasionally referred to as 'Power-to-X' applications).